So, truthfully, I missed posting about my new years trip to Sydney last year…. But! Since we’re coming to another new years celebration in 2 days, I hope my late late late post about new years eve in Sydney will be quite helpful if you’re currently in your way to or already in Sydney.

My Sydney trip is not as well planned as the other trips, we mainly just used Hop On Hop Off Tour inside the city, and using a bus tour recommended by the hotel. Just in case my post will be too long, I will divide this post into two parts. So, here is my first part of Sydney City Sightseeing Highlight! (click this to see part 2).

As Opera House is the main landmark of Sydney, it is undoubtedly crowded especially in public holidays. Instead just taking photos, if you’re an history or architecture enthusiast, you can come inside and join the Sydney Opera House Tour, to see and hear what is the behind story of Sydney Opera House’s design and construction. Well, for me (and le family) chose to just sit in the harbor, taking a sip of cola and milkshakes while watching the famous Harbor Bridge scenery in the background.

Realistically speaking, my visit to the Royal Botanic Garden was sooo exhausting. We decided to just walk from the Opera House to the Garden (there was this one small entrance to the garden) in the middle of the day, with no hats and drinks.

Not ensuring that this garden is huge, there is this one famous spot in Royal Botanic Garden to view Harbor Bridge and Opera House in one frame, called Mrs. Macquarie’s Chair. We walked at least 2 km to reach this statue, with scorching sun above our heads, but we’ve made it. And the view is so mesmerizing, I imagined how pretty the fireworks will be, seen from this spot. This spot turned out to be the famous spots to see the New Years Eve fireworks in Sydney (I will tell more about SydNYE later guys!).

Just across the street from the Queen Victoria Building, you can see the Sydney Tower Eye, which also famous to tourists. Well, seeing the city-scape from above is one of the popular activity for us right?

I really really suggest you to book Sydney Tower Eye tour online, because in these public holidays, the queue is long. I waited at least for 45 minutes to buy the ticket and additional 1,5 hours just to get in to the elevator that will brought us to the observation deck. The ticket is AUD28 for adults, and you will get the admission to the observation deck and 4D pre-show Cinema Experience.

Hop On Hop Off Tour

So this concludes my first part of Sydney Tour, please continue to the part 2 to see more of my trips outside the city and Sydney New Years Eve Fireworks! 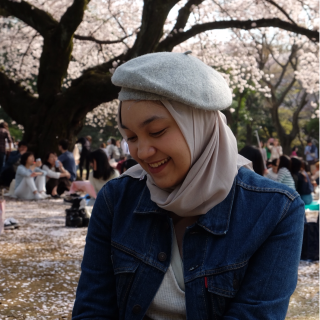 An ordinary girl-turns-lady and a lost wanderer.

There was an error retrieving images from Instagram. An attempt will be remade in a few minutes.